Tracking a century of glacial change 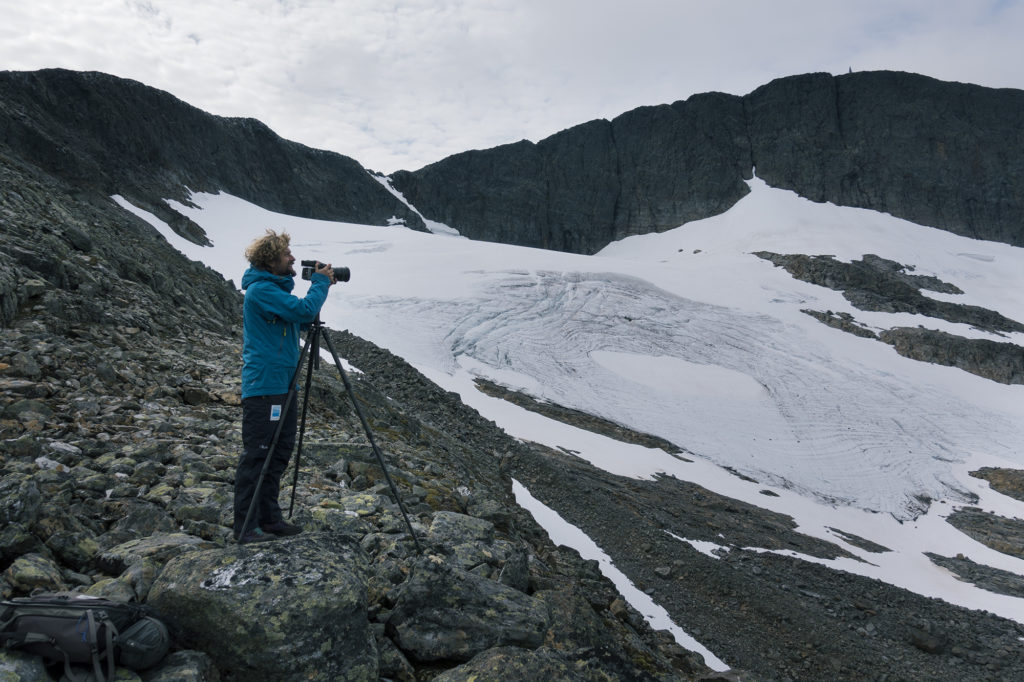 Klaus Thymann recently visited Helagsfjället, a mountain in Sweden, to document how the area’s ice has changed over time. The mountain is home to the most southern of Sweden’s many glaciers and is part of the Scandinavian Mountains. At 1797 metres above sea level, it’s the highest mountain in the country south of the Arctic Circle – but even at this altitude its glacier is shrinking.
The purpose of Thymann’s recent trip was to create an updated comparative image for Project Pressure’s archive collaboration with World Glacier Monitoring Service (WGMS) correspondent Per Holmlund. A glaciologist and professor in the Department of Physical Geography at Stockholm University, Dr Holmlund helped us locate a picture of Helags from 1908. 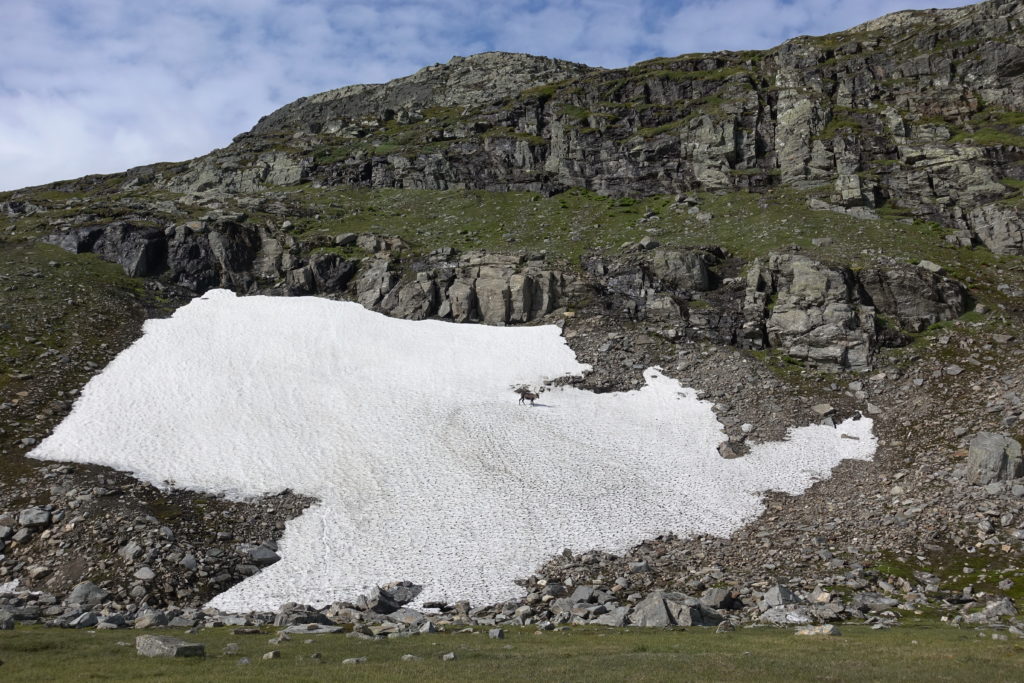 As he explains, “The 1908 pictures were taken by Fredrik Enquist who at that time was a student at Uppsala University. He had a grant from the Swedish Tourist Association to perform investigations of the glaciers in the Helags and Sylarna massif using terrestrial photogrammetry. The resulting maps, some of the photos and other information was published in a report at the Swedish geological survey in 1910. The areal change from 1908 until now is about 50% – which is significant. In general, Swedish glaciers have lost about 30% of their former extent.”

Above: the glacier’s retreat is clearly visible when comparing the images from 1908 and 2017 –
both are panoramic images stitched together from multiple exposures.