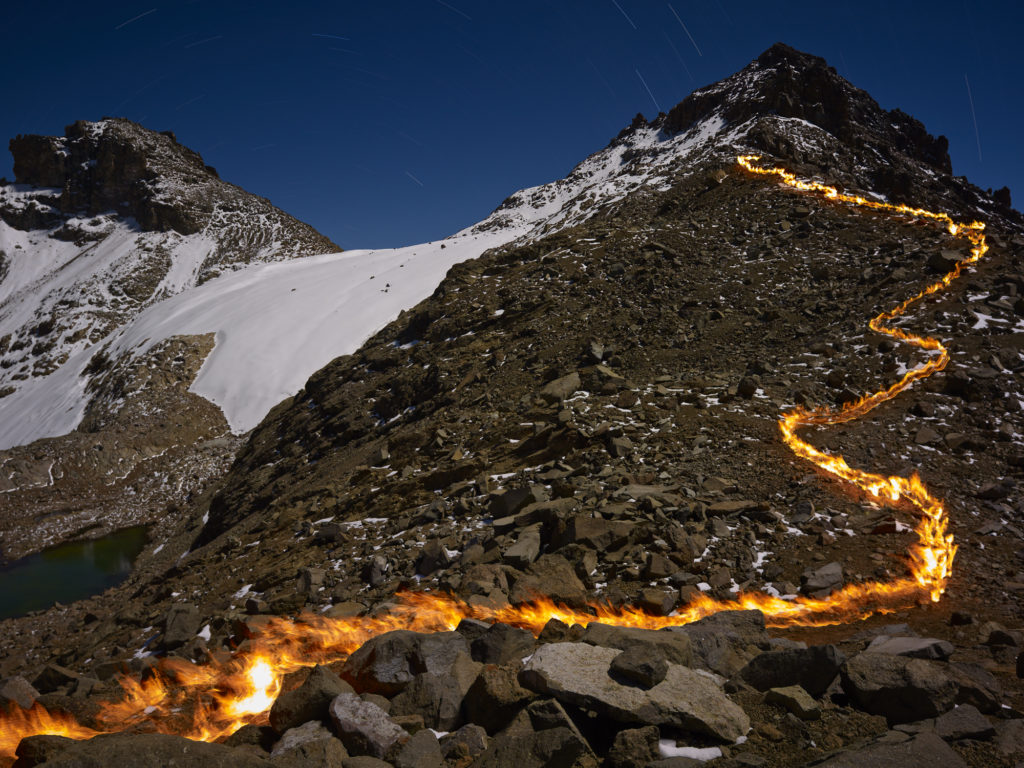 Project Pressure is a charity with a mission to visualize the climate crisis. We use art as a positive touch-point to inspire action and behavioural change. Unlike wildfires and flooding, glaciers are not part of the weather system and when looking at glacier mass loss over time, one can see the result of global heating. This makes glaciers key indicators of the climate crisis and the focus of our work.

Since 2008 Project Pressure has been commissioning world-renowned artists to conduct expeditions around the world for the purpose of creating an exhibition visualizing the climate crisis. The artists represented in the exhibition have taken on the role of investigators of Earth’s increasingly unstable environment – creating eye-opening work that endeavours to incite social and political change. The projects were developed and executed with scientists to ensure accuracy, resulting in work from every continent on the planet.

Project Pressure has pioneered innovative, new technological strategies and forged partnerships with the World Glacier Monitoring Service (WGMS) and the National Aeronautics and Space Administration (NASA). In 2011, Project Pressure was recognized as an official contributor to the Global Terrestrial Network for Glaciers (GTN-G).

With more than 30 countries and territories visited, Project Pressure has generated reoccurring media coverage in The Guardian, BBC, NY Times, CNN, Le Monde, Wired and National Geographic amongst many others.

In 2015 Simon Norfolk’s contribution to Project Pressure won the Sony World Photography Award in the landscape category. Further recognition has come in the form of funding from prestigious benefactorsincluding The Queen of Denmark, The Lighthouse Foundation, Getty Images and Arts Council England.

Project Pressure will benefit educational, cultural and science sectors for generations to come.

Project Pressure was founded in 2008 and since then our site has been hosted on servers powered by renewable energy.
Site & Hosting by TRILOS