Project Pressure has conducted expeditions around the world since 2008, all were carbon offset since the beginning. Here you can read about any current expeditions as well as information and pictures from past ones. We are currently planning an expedition to Uganda and Congo with the mission to create a drone survey of the glaciers of the Rwenzori, resulting in an interactive 3D model, this expedition is a collaboration between African Drone and Project Pressure. The team will also create comparative images from the 2012 expedition conducted by Klaus Thymann. 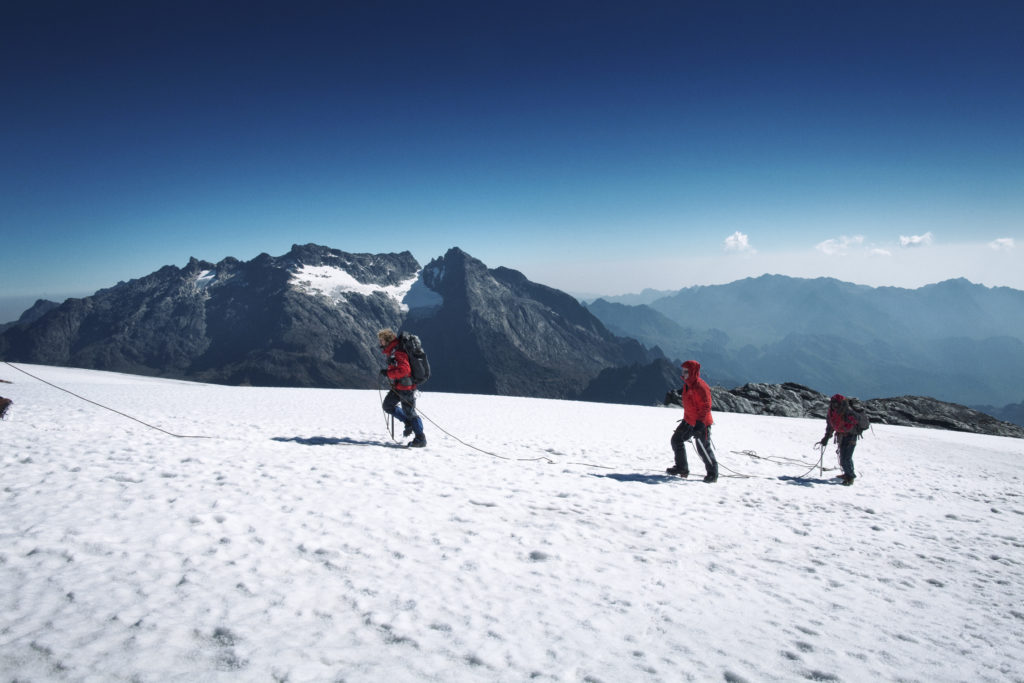 An 11 day expedition to discover the fast-disappearing glaciers of Iran for Project Pressure, in which Thymann photographed glaciers in the three regions across the country Damavand, Alam-Kuh and Sabalan. Iran’s mountainous regions play host to some of the most beautiful and unexpected glaciers in the world. The team started a short distance from Tehran on Mount Damavand, part of the Elborz Mountain range, then visited Alam-Kuh and completed the expedition at the inactive stratovolcano Mount Sabalan. The journey exposed just how diverse the settings of glaciers and ice forms can be.

In Iran 60% of water resource for using in urbanism, industries and agriculture are based on natural glaciers. In recent decades, a spectacular retreat has been observed on most of the monitored glaciers. The effects of climate change are decimating this landscape and will have some important consequences in terms of water resources, economical development, and risk management in the surrounding areas. 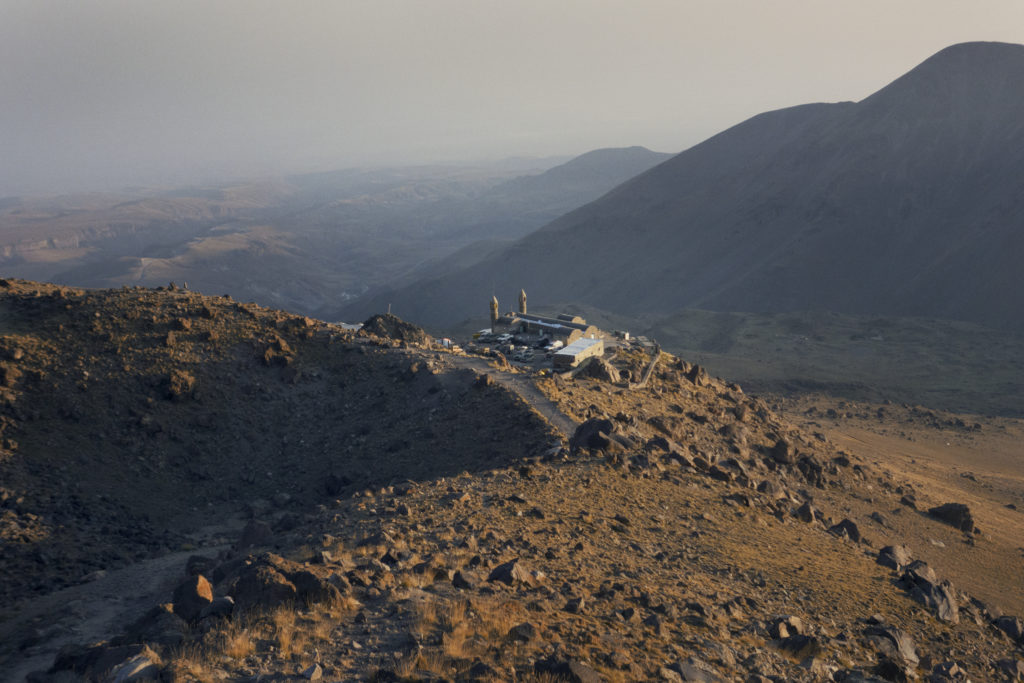 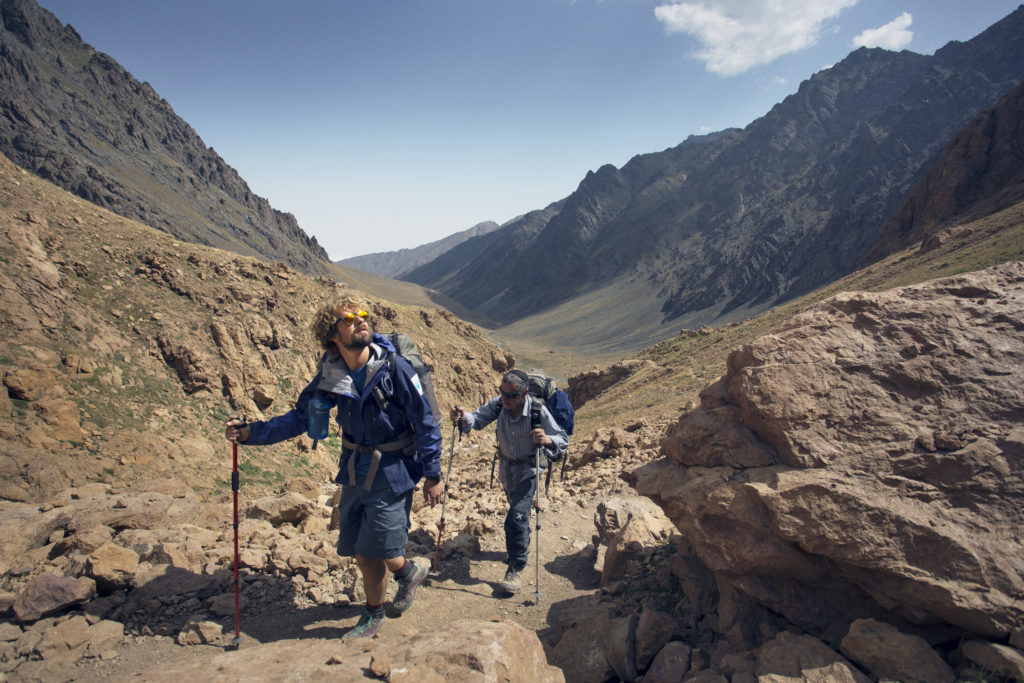 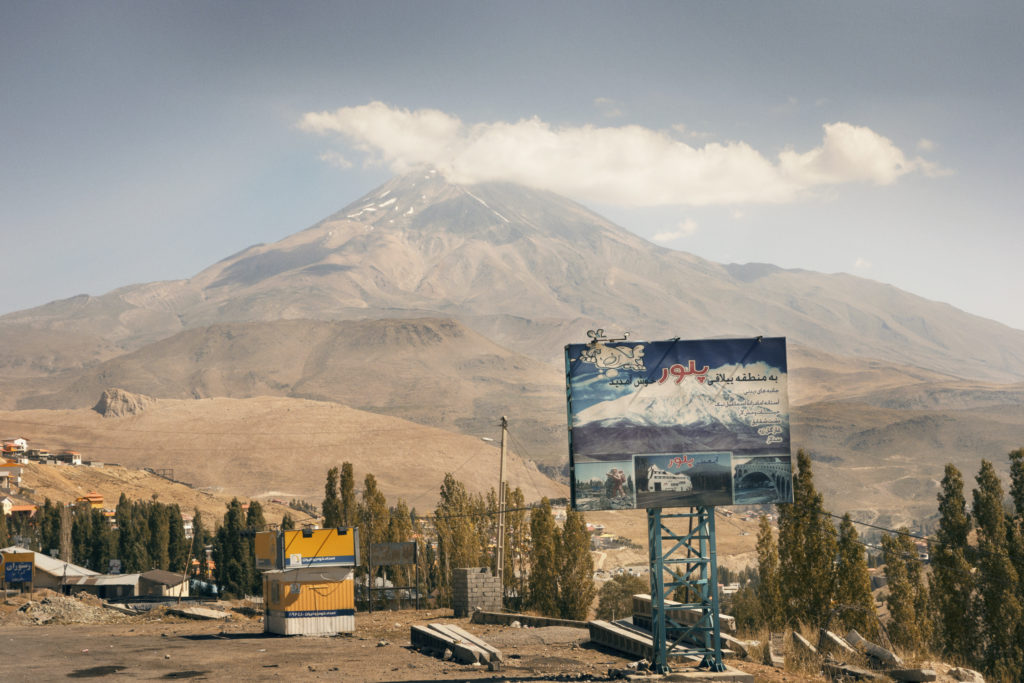 In 2013 Thymann started working with Stockholm University-based glaciologist Per Holmlund to identify sites of interest in Scandinavia for Project Pressure. This eventually led the charity on an expedition to the north of Sweden to document glaciers in the Scandinavian Mountains, north of the Arctic Circle. During the expedition Thymann lead an exploration of the Pallin Halvjokel, an ice tunnel recently rediscovered after fifty years.

An ice tunnel is created when an existing stream runs through the ice and hollows out a path through the glacier, or by melt water run off. This natural wonder is one of the few glacial tunnels in the world that are safe to access, and (unfortunately) only accessible due to the recession of the glacier itself. It was first written about in the 1930’s and 1940’s but was not noted again for 50 years. In the past years the tunnel has not formed, this expedition enabled Thymann to document the ice tunnel as it may never reappear. 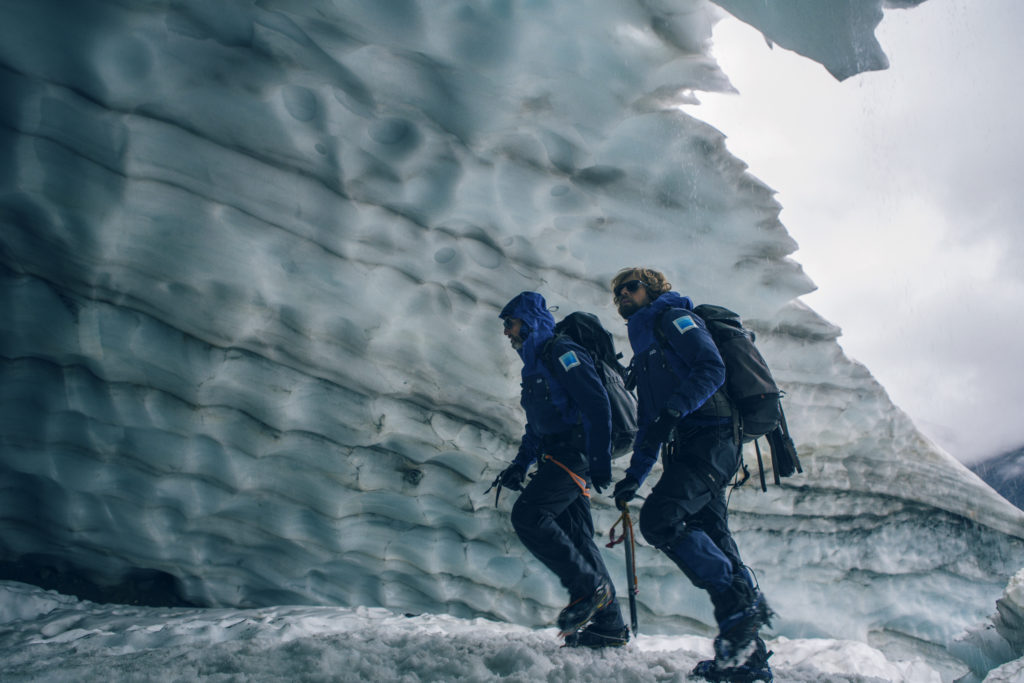 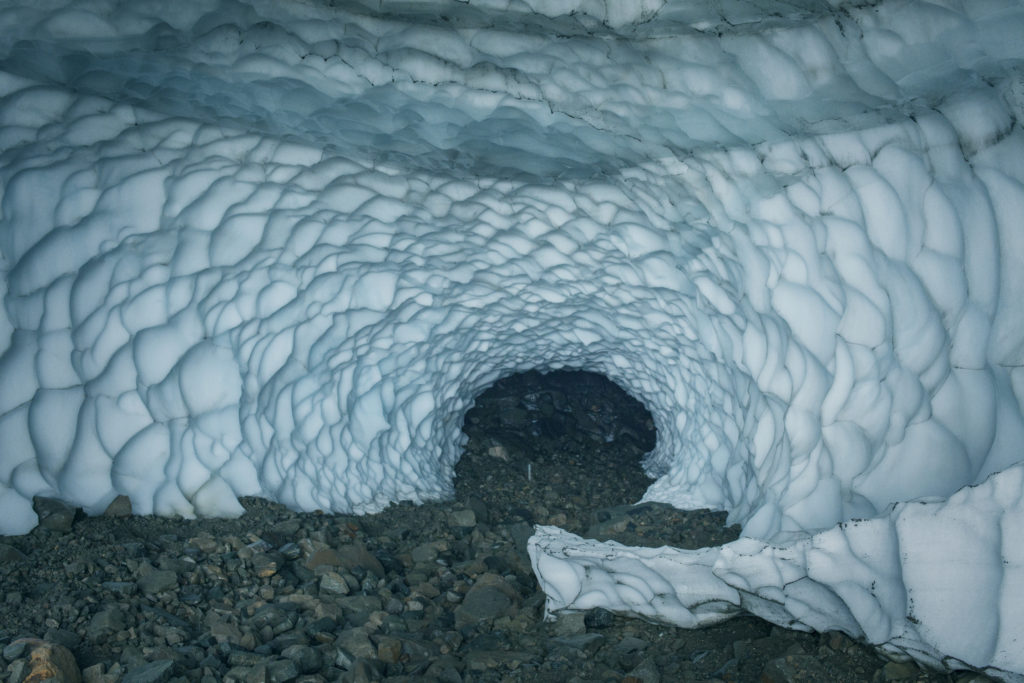 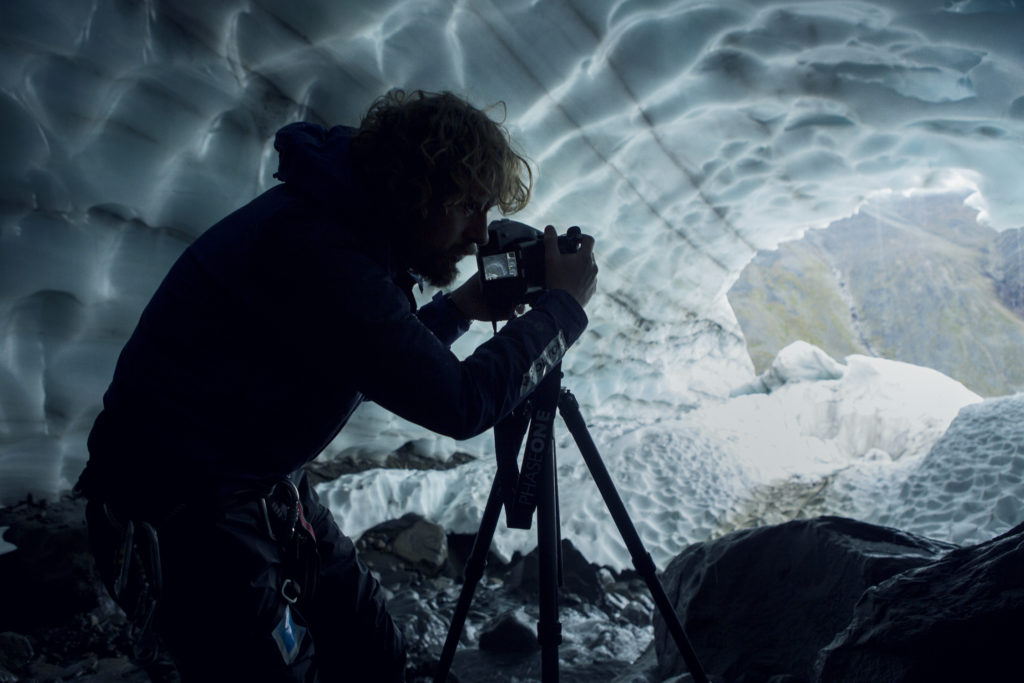 On the border of Uganda and the Democratic Republic of Congo, is one of the most remote places on Earth—the Rwenzori Mountains. Rarely visited the national park has six peaks above the 4600-meter mark and Africa’s third highest mountain. For half a million years, the upper altitudes have been home to a few unexpected equatorial glaciers – the highest known source of the river Nile.

Through political instability and civil war little information on the glaciers has been collected and it was unknown what was left. Even satellite images are scarce due to perpetual cloud cover. The glaciers weren’t fully explored until the turn of the century and detailed maps are hard to come by. With this in mind Thymann used an old map that had been stitched digitally into the GPS data to locate a trail that hadn’t been used in decades.

Less than a square kilometer of ice remains in the Rwenzori. The recession of Rwenzori glaciers has been very dramatic in the last 15 years; the glaciers in Uganda are receding at the rate of 30-60 meters per year. If current warming trends persist, scientists estimate there won’t be any ice left at all in as little as a decade. 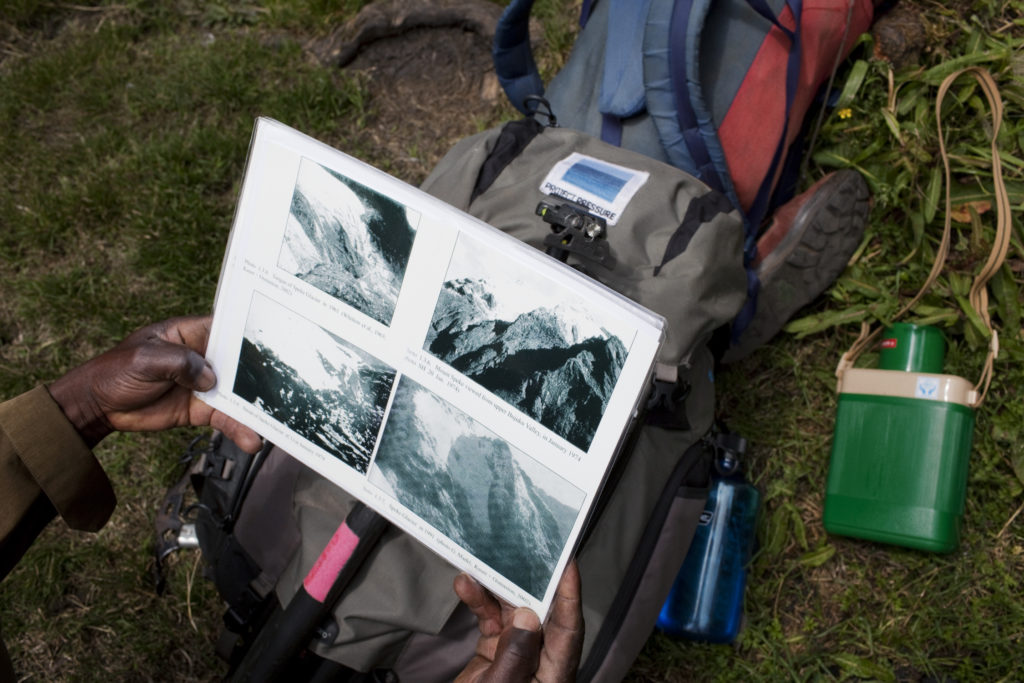 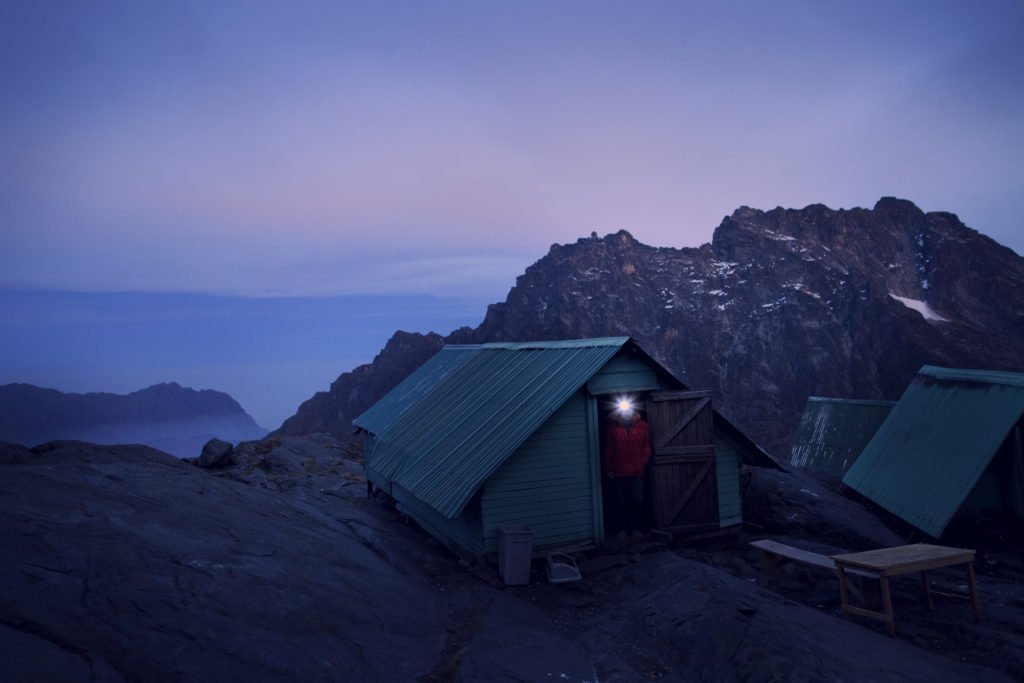 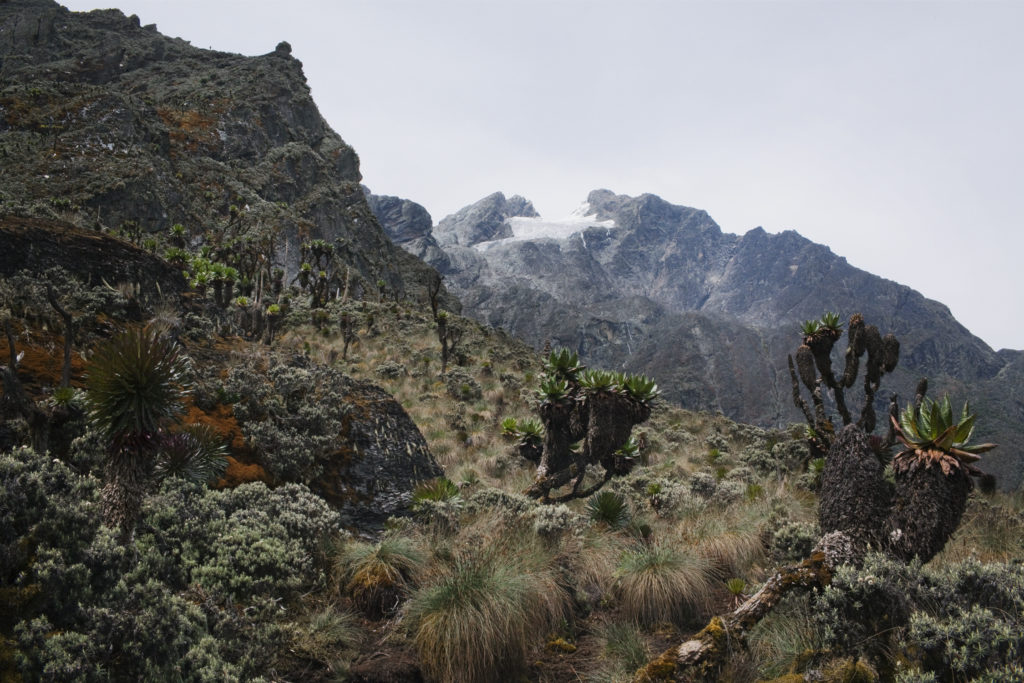