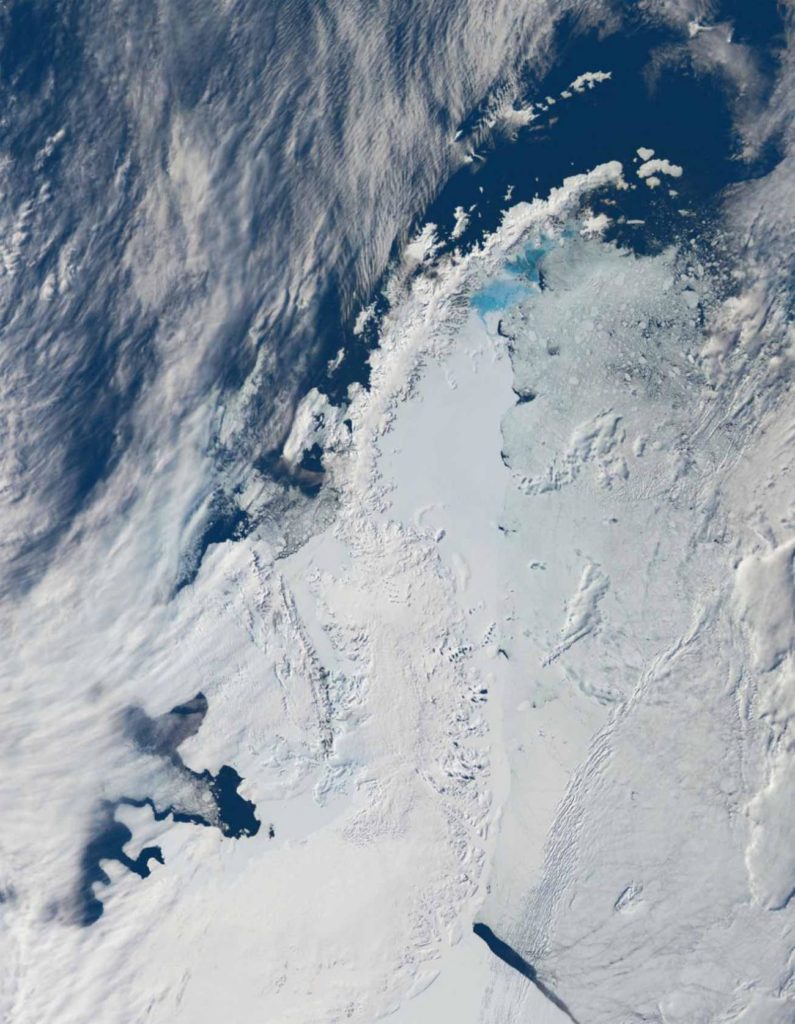 Interview with Michael Benson by Unseen Amsterdam.
“As a member of Project Pressure, Michael Benson’s work sits exquisitely at the intersection between art and science—on the frontier. As an artist, writer and film-maker, the last decade has seen Benson stage numerous large-scale shows of planetary landscape photography. In the lead-up to Unseen Amsterdam 2018, we spoke to Benson to get to the heart of what we can expect in two week’s time.
The exhibition presents two prints composed from planetary archives, can you explain how these works are made? How do you start making such an image and what is the process behind it?
In general, within my work, I take raw data from inter-planetary missions and I composite them to make colour images using different shots taken through different colour filters. These can then be stacked to make colour and then I use a mosaic technique to make wider field views. Really, what I’m doing is going into the raw data archives of inter-planetary missions, exploring within them and looking for extraordinary vistas. When it comes to the two earth images that will be exhibited at Unseen Amsterdam 2018, it was a somewhat different procedure. Each picture has its own unique challenges, it all depends on what the data is, it depends on if you have three colour filters, which can produce a true colour or a reasonably true colour image. So I don’t want to bore the listener with too much technical detail. The images are usually quite far from what the raw data looks like.
So, the works that are being showcased within When Records Melt are just a small chapter within the larger framework of your work, which is to look at the planets that are in orbit around the sun and the earth being one of those, but not only specifically focusing on that?
I’m making the case that the visual legacy of 50-60 years now of planetary exploration constitutes an important chapter in the history of photography, not ‘just’ of science. The only way to do that is to become a combination of curator and image processor, because the raw data is not something that you can just print and frame and put on the wall—it requires a lot of work—so I’m combining curatorship and a form of authorship. In other words, the raw data derives from Big Science, but then there is a détournement process.
How did you come to work on this?
Sheer fascination. In the late 90’s, NASA had sent a mission to Jupiter called Galileo that was orbiting Jupiter and sending amazing images of that planet’s moons back to earth. I was fascinated, and remain so, by what is being revealed about some of these places. My next project, Nancosmos, uses scanning electron microscopes to look at natural design at sub-millimeter scales. So I’m going to the opposite end of the size spectrum, effectively, and looking at what we are now capable of seeing using some of these technologies. I’m interested in that borderline, I’m interested in the frontier, in what we are discovering, and I approach it from the viewpoint of somebody in the arts—not a scientist. I am re-purposing the data and channeling it towards aesthetic ends—gallery and museum shows, and large-format illustrated books.
Do you believe in the power of bringing together truth-telling and mixing it with the aesthetic for it to be able to become more intriguing to the viewer?
It’s not pedagogical, not about educating the viewer so much as it’s focused on provoking the viewer. Andy Warhol had a series of prints—very beautiful from a distance; nice colours, a little bit pastel, seductive colours and so forth, but as you get closer, you realise that nestled within all those pastel colours is an electric chair. Suddenly you’re brought up short, thinking: “My God, this is an instrument used to put people to death, swathed in these colours”. And there’s something like that going on with some of these earth images. There’s so much beauty there but then you recognise what’s going on—as you get closer and understand what’s going on, you realise it is actually very disturbing. Because they contain clear evidence of the destruction our species is causing on this beautiful world—the third planet from the sun and the only habitable world we know.”